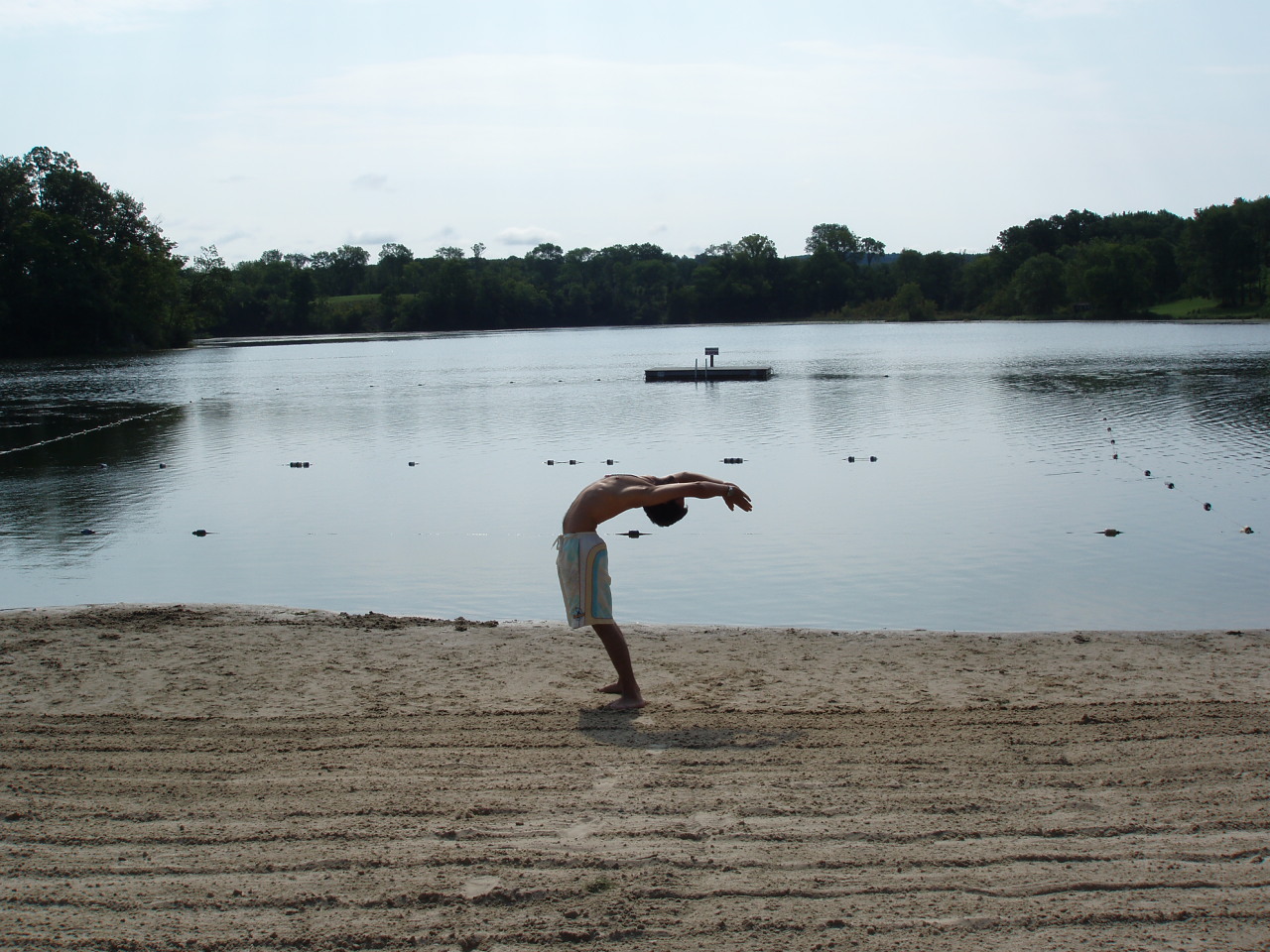 Vivek was born into a family where the Principles which form the basis of Yoga practice were routine family traditions and where his grandparents chanted mantras daily. Being very perceptive from an early age, he learned the Mantra and Hatha traditions of his family swiftly and very quickly began to participate in the families' more traditional Yoga practices. Then from the age of 14, he diligently learned and practised Hatha and Jnana Yoga for 4 years under the guidance of Satish and practiced Kundalini Kriya Yoga for 2 years under Swami Gyan Vijay Saraswatis watchful eyes. At the age of 20 he graduated as a Sivananda trained Yoga teacher in Vrindavan in 2009.

Seen below celebrating his graduation and mastery of the relaxation posture (yes they are flowers!) Vivek is an Honours Graduate in PPE (Philosophy, Politics & Economics) from Oxford University where he also taught Yoga. He was awarded the title of Yoga Shiromani by Swami Sivadasananda of the International Sivananda Yoga Centres following a rigourous 6 week assessment and examination and was blessed by all of his teachers at the end of the course. 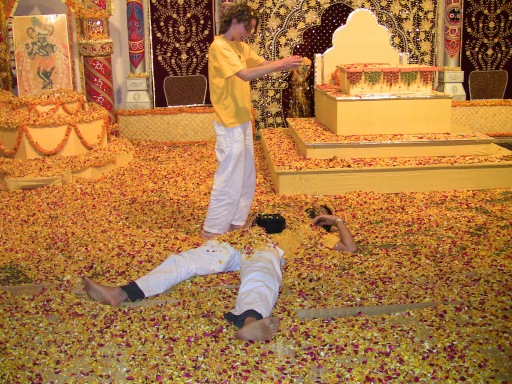 Also in 2009 Vivek trained, worked and studied at the Omega Institute for Holistic Studies in New York State and qualified as a Reiki Master Practitioner in the Usui lineage. Vivek also is a certified  NLP Practitioner and is available to teach Hatha Yoga and Intermediate level Vishaad Yoga to suitable aspirants in Oxford during term time and subject to globe trotting, in Berkshire during the rest of the year.